Mine has seen birthday cakes, homework, book reading, deadlines, joy, arguments, laughter: the shorthand of domestic life. I was proposed to at a kitchen table. I’ve thrown plates over one (but not for a few years). I’ve laughed, cried, smoked, written books and put the world to rights at one. The kitchen table is one of the places where I am happiest.

This website is simply an archive of my favourite recipes, recipes from books and articles I’ve written, some written by friends; a live place that you might seek out or stumble upon, and find recipes which you make your own.

At my kitchen table, there’s a lot of cake. There’s good coffee. Sometimes there’s tequila. There are babies on knees, there’s probably a dog or a cat skittling underfoot. There’s likely some Nina Simone playing. There are blowsy flowers. There are flaws there, chipped china, bruised hearts and conundrums. There’s also a roof beam raising sense of happiness. Some slow cooked stew laced with a dirty laugh. You are welcome there.

A kitchen table for me is the hearthstone of family. A place of connection and comfort. It represents so very much. 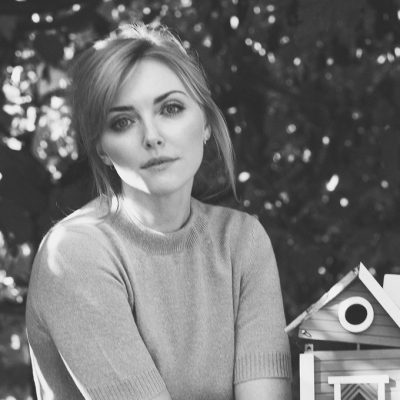 Sophie Dahl began her career as a teenage fashion model, but books and writing were always her first love.

In 2003, Bloomsbury published her bestselling novella, ‘The Man With The Dancing Eyes’, followed by a novel in 2007, ‘Playing With The Grownups’. She was a long term contributing editor at British Vogue, and has written for US Vogue, Harpers Bazaar, The Observer, The Guardian and The Times and served as a Orange Prize For Fiction judge.

A devoted home cook, she wrote ‘Miss Dahl’s Voluptuous Delights’, in 2009 before writing/presenting ‘The Delicious Miss Dahl’ for BBC2.

In 2011 she wrote and presented a BBC2 documentary about Isabella Beeton, shortly after her second cook book, ‘From Season To Season’ was published.

Dahl is a contributing editor at Conde Nast Traveller, and in October 2019, the first of four children’s books, Madame Badobedah, is to be published by Walker Books. Dahl lives in the country with her husband, two young daughters, rescue dog, cat and tortoise.